Colombo (News 1st) – A two-year-old child succumbed to injuries after the lorry driven by his father ran over him at Julampitiya, Weeraketiya.

Police stated that the father attempted to move the lorry which had been parked in front of their residence. The child was run over by a back wheel of the lorry. The father has been taken into custody. 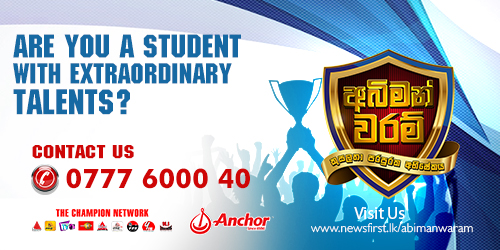 Bond 25: First footage from upcoming Daniel Craig film is out

Ekta Kapoor in talks with Sunny Leone for a web series based on Kamasutra? :Latest Bollywood News
2019-09-25

Representatives from Hindu and Jain communities, families and patients share message on organ donation ahead of Diwali festival
2019-10-18